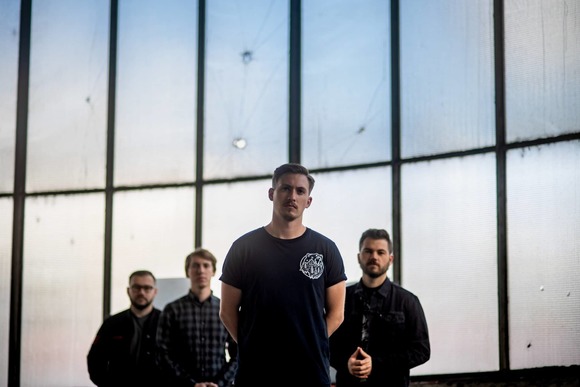 Over 100 concerts, among others as support on the European tour of the Cancer Bats, with Stick To Your Guns, Itchy or Blackout Problems, have made them grow closer as a band and have made sure that they could gain a loyal fanbase. With their second album “Echoes” (Uncle M) they made their way to the cover of the “Schwer & Laut” playlist from Spotify Germany in 2019 In their new single “Painter”, a poignant track between autonomy and loss of control, the post-hardcore band sets the eternal conflict with the own personality to music. With feature artist Aaron Steineker (Rising Insane), the song gets the two voices that the lyrics tell. A track that lets you look deeply and inspires you to think and act. In “Calm Waters” we get an impression of what it is like when parents' (drug) alcohol addiction is a daily companion in childhood and how the band deals with it from today's perspective. Devil May Care want to understand the reasons for an addiction and, above all, understand the feelings of an addict. From the point of view of an alcoholic, they describe how addiction pulls you deeper and deeper into a vortex of nothingness and at the same time further and further out of reality.