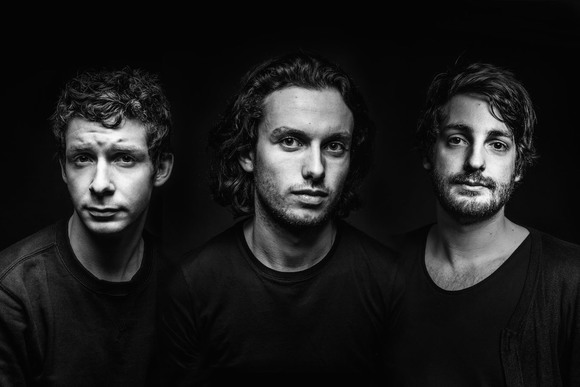 Winter 2014/15 saw the band enjoy a first headline tour of Europe, Scandinavia and the Baltics, and the band has since performed at leading and well-respected festivals within the psych community like Eindhoven Psych Lab ’15 and Lisbon Psych Fest ’15.

In 2015, Desert Mountain Tribe was invited to participate with the Converse Rubber Tracks recording project in London, where they produced a handful of cool and well-received demos that would ultimately assist in finding an album deal with Membran Entertainment Group in Europe/UK, and Metropolis Records in North America.

Debut album Either That Or The Moon was released in the spring of 2016 to a wealth of positive notices including respected platforms Drowned In Sound, Louder Than War and Classic Rock. Select cuts from the album soon found heavy rotation across college radio in North America, most notably KEXP where the band were invited to perform a live session. Currently, the band have been picking up support from within BBC 6 Music including Steve Lamacq, Lauren Laverne and Chris Hawkins.

The band have recently completed their second European tour in support of debut album Either That Or The Moon, and is looking forward to the continued release of new material throughout Autumn/Winter 2016, and will again tour Europe and the U.S in the spring of 2017.