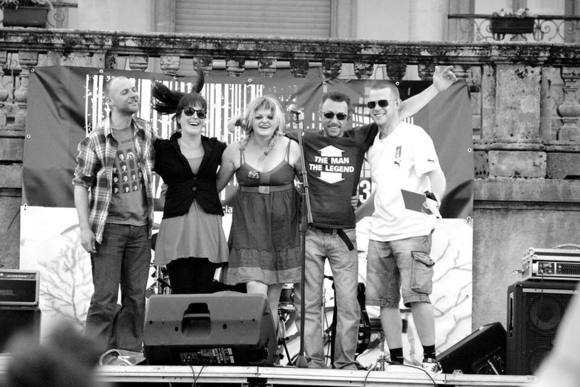 Dem Fools are a musical force with a unique and uplifting message.


Having performed on the Salty Dog stage at Electric Picnic and numerous indie festivals in the last couple of years, Dem Fools have won the MRU Best Ska/Alternative act, 12 Bar Productions BOTM, released 2 singles and have gone on their first international tour to Northern Italy.
In the process of finishing their EP but still busy with Irish festivals and nationwide shows.
We guarantee to get you on your feet!

Dem Fools LOVE music
Influences in reggae, rock, blues, hip-hop and old skool hardcore...
Through friendship grew a mixture of crazy sounds, somehow coming together to create a unique blend of honest, upbeat music.
Electric Picnic, support slots with major international artists like Jerry Fish (Ireland), Mike Scala (New York), Sarah Stride (Milan) and playing alongside hundreds of bands in their short 3 years gigging as a 5 piece, Dem Fools are ready to nosedive headfirst into the international scene and break their name all across Europe!
"My Favourite act so far, this band can really play..." - Sir Bob Geldof (Youbloom 2011)