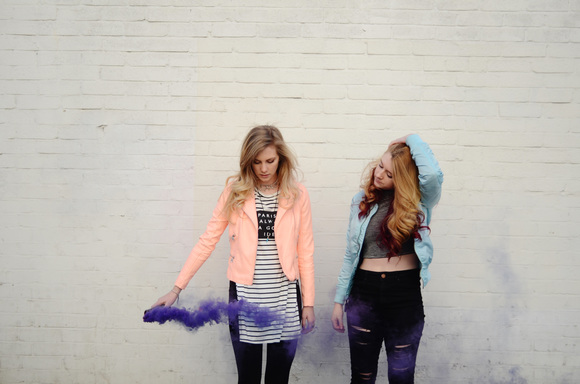 Writing their own blend of Pop and Indie music fused with catchy melodies, Delora are an all girl pop trio band from the UK.

Delora were the first band invited by Island Records to take part in their new Fan Republic platform which led to support slots offered by the likes of Josh Record and sessions with Amazon, Asos and OnePiece. They went on to play a series of festivals including Isle of Wight and the main stage of Rock The Farm with The Mystery Jets. Their debut EP premiered with 8tracks in August, receiving 20,000 plays in 48 hours before the release, followed by a sold out release show at Surya and a video premiere for the lead track with Grazia and VEVO, with Grazia listing them as one of the top 10 acts to see that week in a list that included Royal Blood. So far this year they have already been on a BBC Introducing playlist with the likes of James Bay and Amber Run, and they also received an invitation to represent Nike at this years London Fashion Week.

Delora are releasing their next single 'Sober' on May 10th.