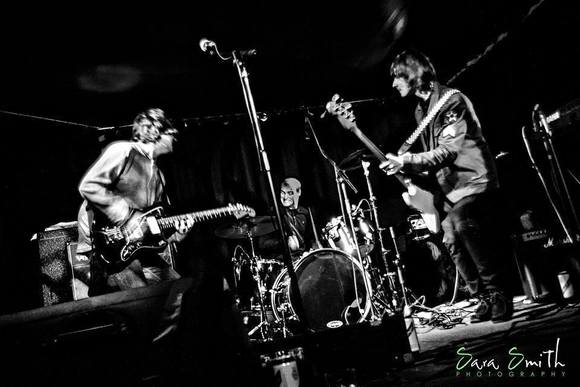 The psych-rock trio burst out of the shadows 12 months ago with their hard-hitting ventures into their sweat-drenched take on psychedelia.

The band consist of vocalist and guitarist Jack Fearon, drummer Tom Webster and bassist Michael Newton. After forming in Cheshire, Déjà Vega made the short journey to Manchester, a fitting backdrop to their gritty, guitar led psychedelia, with its red-brick and cobbled streets.

Rhythmic and rage-fuelled and boasting surging riffs, Fearon's hypnotic slurring lyrics lurch in and out of poetic chants, battling over chaotic drums and the razor-sharp bass lines underneath. Déjà Vega demonstrate that they're a force to be reckoned with.