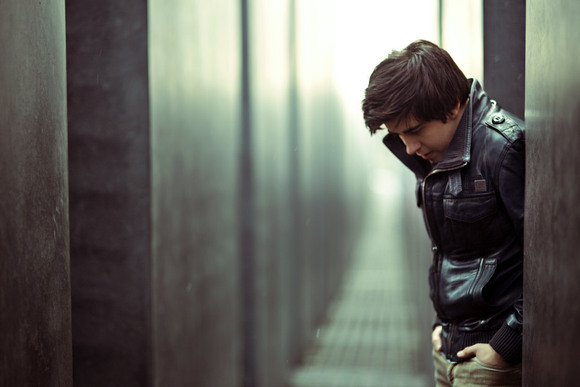 Three albums released through EMI and Warner Music Group and ca. 200,000 physical albums sold. After taking a break for some years to concentrate on writing, Declan is now focusing on recording an EP of new music and gigging throughout 2014.

In 2001 Declan Galbraith signed his first recording contract to EMI and at the age of only ten years old he released his first album. Through his career, Declan has released three major label albums and sold 200,000 physical copies. At the age of 15, after signing to German powerhouse Starwatch/Warners, he released his second album 'Thank You'. The album was a huge success spending 29 weeks on the German top 40, peaking at number 5 and selling 150,000 physical copies, as well as going gold in Austria.

While working in Germany, Declan took part in many promotional trips including numerous radio and TV promo tours and in this time performed on over thirty different TV shows, as well as becoming a regular in the famous 'Bravo' magazine. Following the success of 'Thank You', Declan took part in a nationwide 52 date tour around Germany and Austria.

Declan has also had success in China after his music was used to teach English in schools. In October 2007 he embarked on a press tour in China and in May 2008 he held a successful three night solo tour, performing 1 night in Beijing and two nights in Shenzhen. On the 8th August 2012, Declan performed at the renowned Hackney Empire for the opening night of the London Chinese cultural festival, held in celebration of the Olympics.

While it’s true to say that Declan enjoyed working on his previous albums with EMI and Starwatch/Warners and also learned a lot from the process, most of the songs on these albums were covers of songs from other artists and Declan’s passion in music has always been in the creation and exploration. Therefore, in 2008 at 16 years old, Declan made the big decision to take a break, part company with his management and other contractual ties and have some quiet time to focus on his writing and production and to make the kind of music and albums that he wanted to make.

Declan will now spend 2014 recording and performing his new music and for much of the year plans to tour throughout Europe in intimate venues with his first big gig of the year being at the Privat Club in Berlin on 28.06.14. Declan will perform with full band and will play a set of all new songs that he's written.

Influenced and inspired by many artists but a great lover of folk and rock music, Declan treasures the music from artists as diverse as Simon & Garfunkel, Pink Floyd, Fleetwood Mac, Cat Stevens, Carole King, Christy Moore, Fairport Convention, Dire Straits and Deep Purple...Just to name a few. Throw all of that together in a blender and you may get somewhere close to his sound.