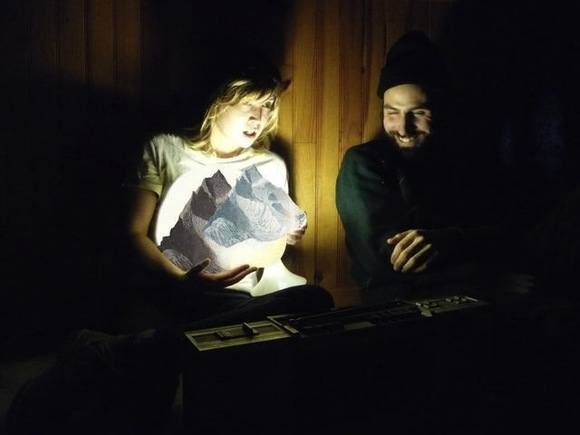 French Electro Pop duet "There's something magical about merging the naive with the lo-fi: both feature in everything we love about pop music.

Simple structures, clear hooks, and danceable beats, can undercut the gloss and the pomp that are often mistaken for high production values. De La Montagne, cites Tracy + The Plastics, The Knife and Cansei de Ser Sexy as influences, and it shows. This is brash, coy electro that plays to the sexual politics of the dancefloor while subverting them."

Both raised in a tiny matriarchal society hidden in the Hautes-Alpes ( a mountain area in France), entirely self-managed and integrated into nature, Alto and Camille met each other at school. She was a little bit of a pest whereas he was very sweet, like the main male character of the movie "Juno". Because of Alto's mother’s job – a quite famous french journalist- his house was often empty : the two young people started to hang out together and make music.
Their music sounds like a mix between Camille’s R’N’B feelings and Alto’s teen spirit. This association gave birth to this damaged electro pop music, smelling like chewing gum, rain and sun with some echos of marimba sounds.

Last summer, the band was chosen to take part of the Red Bull Music Academy in New York.
These experiences allowed them to work with Brad Weber (Caribou) or Robin Hannibal (Rhye).
Back in Europe, after their hype buzzing video clip for "Girls", they have been working on their new EP "Make it Happen", mixed at Red Bull Studio Paris, and available all around the Internet, with the collaboration of 3 remix producers, and James Kerr artwork cover.
Meanwhile, they plaid live at prestigious Festivals, such as Nuits Sonores (Lyon) or Sonar Festival ( Barcelona), spreading enpowermentfull energy, and a bunch of dancy good vibes.