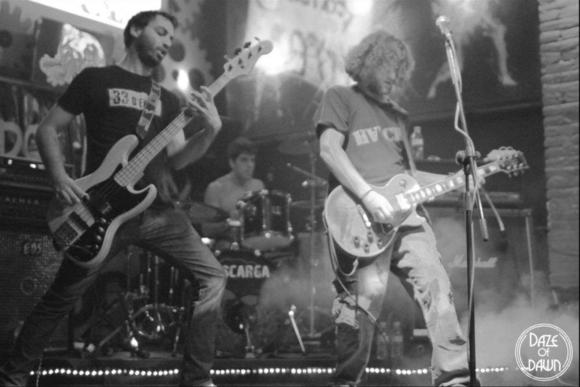 Daze of Dawn give you original rock music with funky grooves of rock, grunge, metal, folk-rock and blues.

Grand Prize Winners of Sona La Dipu Pop-Rock contest in 2012 this Valencia based alternative, retro-rock band have been stunning audiences for over a decade. The band is now a true ROCK POWER TRIO (with the occasional appearance of a bad-ass keyboard player on the side). Formed on Canadian front-man Klyde’s arrival in Spain in 2001 after some years living and performing in Japan, DOD have toured throughout Spain & Holland and they are now primed and ready to explode across Europe and beyond.

Daze of Dawn´s lively arrangements, subtle details and continued growth can be heard on their 4 previous releases, Shinjuku In June (2001), Puppet Heads (2003), Drug Testing (2006) and Yeti Nation (2008), which have won the band continuous accolades from the media and critics alike, including winning them spots in major national and international festivals and appearances on Spanish national radio and television.