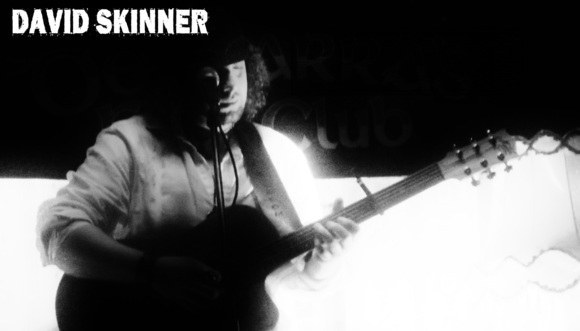 David Skinner, is a genuinely rare talent on the guitar.

Just turned 20 his musicianship and performance are those of a real veteran. In his show David plays a unique blend of Tommy Emmanuel style guitar pieces punctuated with heart-felt blues numbers, and inspired originals.

David Skinner, grew up being home schooled allowing unfettered creativity through his childhood. Although a competent drummer by 8, it was through the guitar that David found his voice. David wrote and recorded an entire guitar based instrumental album at 15, bringing him to the attention of guitar legend Joe Satriani who invited David to Vicker St. and later backstage to meet the band on his last visit to Ireland. David and has since developed into a keen lyricist, applying the same dedication to writing lyrics as he has done to his guitar playing.
Anyone who has seen David remarks on how one man with one guitar can fill the air with so much music!
Currently David is in studio with producer Dave Keary, Red Door Productions, and has just released to first track "Understand" from this session.
After Playing Indiependence 2013, Jackie Hayden (Hotpress) wrote "David is definitely one to watch!"
Mike Hanrahan (Stocktans wing) quoted in the Mallow Star saying how David "Really knows his way around a fret-board" and how "he plays beautifully"
Vale Star, Limerick after a recent concert headed an article "Virtuoso Guitarist Dave Wows Bruff Audience" before describing the gig as "a sparkling, energetic performance".