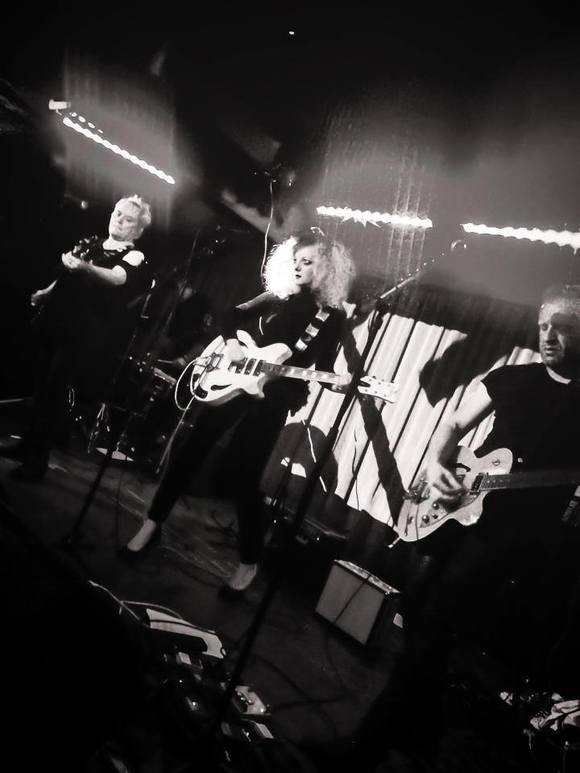 Dark confessionals merge with dirty dance beats with a maturity and intensity that is unapologetically confrontational. Beware.

'Das Fluff are full of character, variety and vitality, you can't ignore what they do ...'
Mick Mercer

Firmly established on the London scene, Das Fluff have also headlined in Asia, Europe and the US, as well as touring with Toyah and Lene Lovich and performing with B-Movie, Viv Albertine, Sigue Sigue Sputnik and Lydia Lunch.

2014 saw the addition of the distinctive bass sounds of Chris Limb and the pounding tribal rhythms of percussionist -The Elusive Stranger - who have bolstered Das Fluff's live sound up to new energetic highs.

Angie Bowie can be heard raving about them on her recent radio show and Das Fluff are regularly featured on numerous alternative and underground radio stations around the world.

'A great collection of strong songs, skilfully crafted, well-recorded and performed ... we have evidence of an artist who has the confidence to pursue her vision ... if you like music with darker depths that seeks to shine a light on the spirit of the age whilst giving you something to hum along to, this is the album for you. Highly recommended'
Redefine Magazine

Their new single 'I Love You (When You're On The Dancefloor)' will be released in May 2015. They are currently recording their third album.

'If that didn't make you sit up and listen, I don't know what will'
Ruth Barnes, Amazing Radio