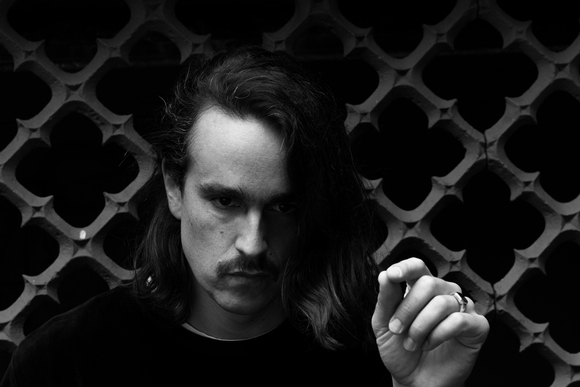 No matter if solo, with his bands SEA + AIR, Jumbo Jet or lately as Drummer of San Francisco' s 70's post-punk legend Toiling Midgets and bassist of The Strokes producer Gordon Raphael's band: The idea of creating his own musical lava by blending multiple genres has been following Daniel Benyamin's music efforts since his childhood days in the black forest countryside.

Listening to Bach's melancholic masterpieces in his parent's living room as well as obscure American wave bands (secretly cause rock music was forbidden at home), formed an excitement for creating unique music ever since. This connection of rebellion and love manifested in the combination of energetic punk rock and big melodies of his first band when he was 12 years old.

By adding dark lo-fi folk, atmospheric ambient and neo-classical music throughout the years, Daniel Benyamin soon got himself a reputation of being a slightly eccentric composer of intelligent pop anthems.

Until now he played over 2000 concerts in more than 35 countries, toured with very different artists such as Sufjan Stevens, Jose Gonzalez or Whitney Houston and still keeps up DIY idealism even though he sold ten thousands of records, wrote over 350 songs, more than 10 major film soundtracks and even made it to the top 50 of the German album charts.

His biggest success was gathering a loyal international fan base by projecting a truthful image of himself in his well-crafted songs, looking for honest emotions rather than commercial success.

His latest solo-album „Solitarity“ which he self-produced during lockdown, on the analog cassette recorder he bought in his teens, Daniel Benyamin paints a clear and unique picture of his influences and experiences. He shows all his fragility, intensity and love for hand-made music in a collection of dark and beautiful compositions.