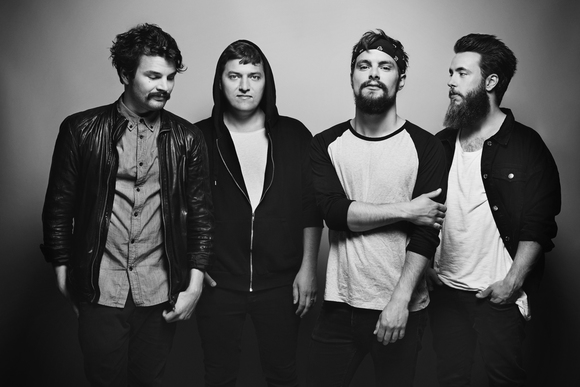 Dance With Dirt is nothing less than a purebred pop band - it takes true grit under the fingernails, heady veins, sweat and moist, to deliver a true and honest performance.

Dance With Dirt consists of four fearless boys from the Danish countryside, who dare join the alignment of rock legacy. The reason for this is simple: Rock music really can – more than anything – provide good times and the feeling of unity. And in their version it must be played BY humans, FOR humans. Without any bullshit.

The debut album, “We Are Dance With Dirt”, was released February 2013 through Pop-Up Records in Germany, Austria and Switzerland, and through Target Distribution in Denmark. German rollingstone.de chose the album as album of the week in week 8, and the first single “Flush”, made it to #28 on the German college radio chart; campuscharts.de the very same month.

The new album, "Marathon", was released in DK in Feb 2016, through Sony DK / AEM. The album includes singles "Let Your Fingers Do The Y" (which is handpicked to feature on the "New Talent" playlist on Spotify), "Heartcase" and "Snow Machine" - all 3 gaining national airplay. The album is now waiting for its European release in spring '17.