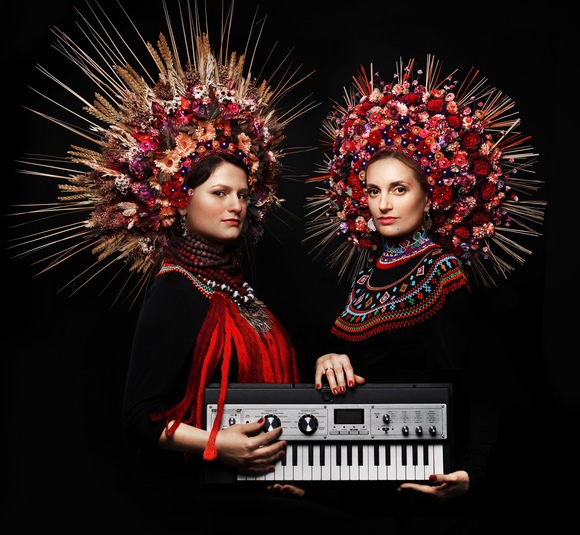 “There’s never been a treatment of Polish and Ukrainian traditional music like it.” (fRoots Magazine) Since 2008 DAGADANA has triumphantly merged elements of Polish and Ukrainian culture through jazz, electronic, and world music.It all started with a jazz workshop in Cracow, where a mutual love for music has become a spark that ignited a great friendship and lead to the formation of the band.

Poland and Ukraine are neighbouring countries, both of Slavic origins, with similar languages and customs. When exploring these roots in search for musical inspirations, you will find a multitude of surprising similarities and differences that emphasize their uniqueness. This is exactly what you will find in the songs of DAGADANA, a band that attempts to blur the boundaries and build bridges that will connect both nations (since, as it is known, the dynamics between them would vary a lot).

DAGADANA have found their inspiration in numerous sources: modern electronic, jazz, contemporary music, roots music found amongst their families and friends, at ethnic music workshops, as well as on the bookshelves of their friends and families.

From the very beginning, their philosophy has been based on meeting and exchanging music and art experiences from all over the world while being the ambassadors of Polish and Ukrainian cultures. Thanks to that, you can experience their cooperation on records, or enjoy it at the concerts with local musicians in different parts of the world.

“The clash between the jazzy, pop and classical elements with the deep folk material. Imaginative ar- rangements bring out the strong traditional melodies. Illustration of the adventurous music coming out of Eastern Europe.”
Songlines Magazine

DAGADANA played concerts in places such as Moroccan deserts, The Forbidden City in China, at the Brazilian Virada Cultural, and at numerous other spots.
More than 700 concerts. 22 countries.