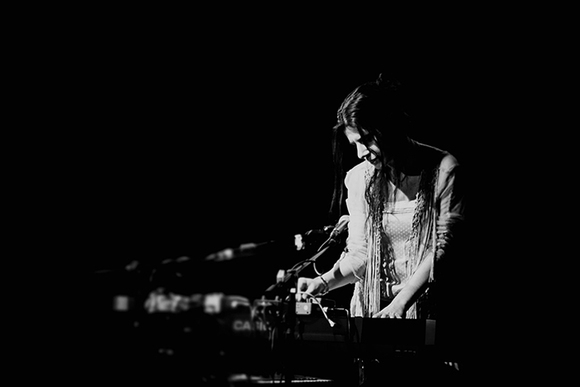 Cyann shapes an earnest and bleak beauty through experimental and atmospheric soundscapes.

The solo project of French born Alex Simon is a heavily dark matter, analysing the sonic depths of sound. Her unique voice swims like a sunken wale through an ocean of piano layers. Everything is full of electronic noises, glitches and broken beats.
Music of sombre and pure, fragile beauty.

Cyann first came into the public eye with the Parisian experimental rock band Cyann & Ben formed in 2001. This led to a collaboration with label partners M83 on their second album “Dead Cities, Red Seas & Lost Ghosts”. Most notably was the remix of the song "In Church" which appears on the soundtrack of the American Independent movie "Stranger than Fiction".