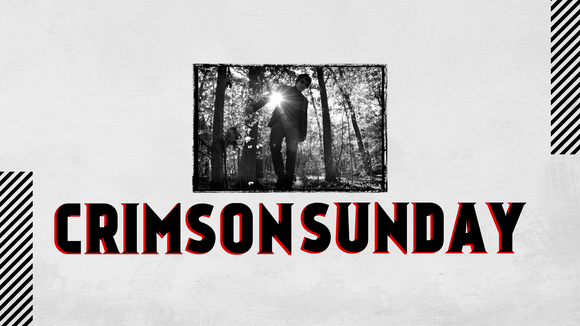 CRIMSON SUNDAY is a rock band that formed in Berlin/Germany.

Since its beginning the band saw a lot of changes in their line up, however centre of the band and main composer is Leon Tschernawin. He writes the lyrics, melodies and arrangements by himself. Rooted in 60s and 70s rock, the sound of CRIMSON SUNDAY can best be described as singer-songwriter-rock with a 60s attitude.The style combines the sound of The Beatles, Coldplay, Noel Gallagher, The Rolling Stones, Kings of Leon, Bob Dylan, The Doors, Led Zeppelin and other well known heroes of the music history.

CRIMSON SUNDAY gained regional popularity after taking part in a song contest with the track "Spotting The Sun" hosted by Radio Energy and playing an acoustic concert which was recorded for the TV station "Alex TV".

Beside club and open air concerts, Leon plays with his percussionist Paul many unplugged gigs in the streets of Berlin.