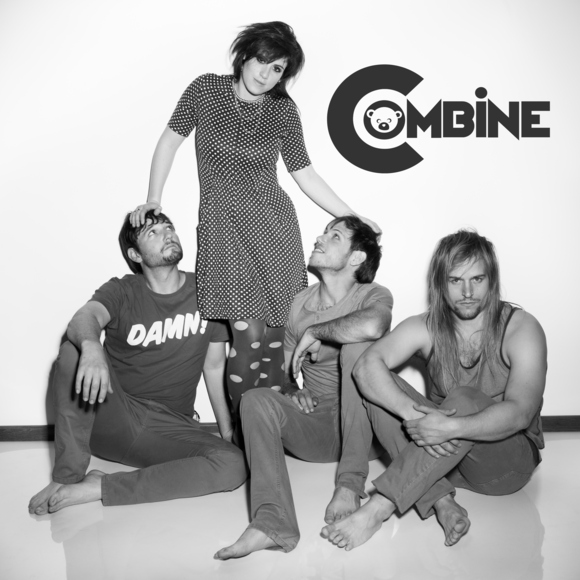 Combine are an exciting fresh Berlin based four-piece group, they mix an eclectic range of sounds, incorporating elements of Alt.

Rock, Pop,
Trip Hop & even Grunge to create catchy melodies that will grab the attention of even the most jaded of music fans.

Combine are launching their 2nd album "Go Go Go!" in a European tour, will be performing all over the continent and wherever the music may
take them; as a live act Combine really come to life, casting the audience under the thrall of their lead singer's sensual stage presence, as
they stomp the floor & get down to the groove; the songs in the new album deals with the struggle of a young woman growing up in a world
shrouded with tough relationships, RocknRoll and life's conflicts;

The group consists of Daniel Tourgeman (Lead singer, guitar & keyboard),
Ron Stephenson (Guitar), Yotam Weiss (Drums) & Gilad Gur (Bass)
and was formed on a Kibbutz in the North of Israel, where they have spent
the past two years, locked away in scenic isolation creating "Go Go Go!"