Colours in the Street 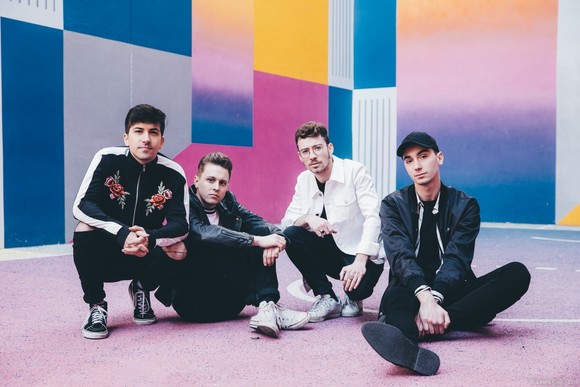 Young, dynamic and inspired by Brit-Pop Music, the 4 boys from Colours in the Street offer an English slant on the French Pop scene.


The band originally began with childhood friends and neighbours, Alexandre Poussard (vocals/piano) and Alexis Rimbault (drums). They were later joined by Lucien Saurin (guitarist) and Noé Russeil (bassist), after meeting at University and at local concerts. Bringing their influences together and their diverse musical backgrounds, they crafted catchy and up-tempo songs, and started hitting the local scene, slowly making a name for themselves. Being signed the independent label Velvet Coliseum, releasing their first single “Paper Child”, this was soon followed by them winning the Ricard SA Live Music Award in 2013. This came with a national tour of France, with remarkable shows on some of the biggest stages in the country as well as playing at some highly renowned festivals like “Le Printemps de Bourges” and the “Francofolies de La Rochelle”. Exploiting their musical maturity, the group took a year to write, perfect and record their first album “Royaume” (meaning Kingdom) in 2015.
Listening to bands like Foals, Coldplay, Phoenix and many more, they were soon able to establish their own identity as an upcoming young band by mixing upbeat and contemporary pop-rock and electronic sounds, poetic lyrics in English, powerful vocals and of course a bit of the French Touch. Colours in the Street have managed to lay down some emotional and dramatic music and explode on stage.
Continuing to scribe new lyrics and hone their musicality, they are preparing for a nation wide tour and some international appearances.