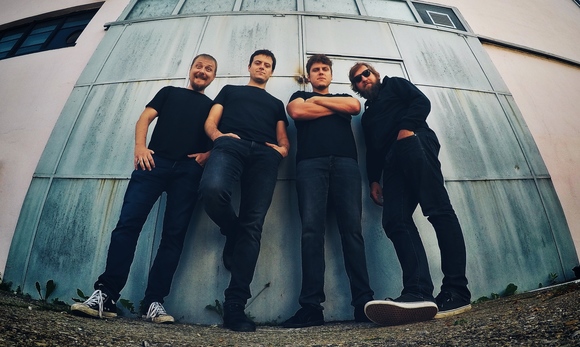 Clone Age is a rock band from Croatia.

We started playing some 10 years ago and since then we played lots of
concerts, festival gigs and band competitions in our region, wining numerous awards. Among other, we won many
free song recordings in studios and we recorded a lot of demo songs. For two of those songs we recorded music
videos which both got very good international reviews.
With many ups and downs over the years, creative brakes, changes of band members... 2014. "four guys"
managed to find the right chemistry and creative energy needed to create 10 new songs for our first real album! It
was decided that the pages should be newly written and all together meaningfully put into covers. We
passionately started to work on new songs and the result is our album FUSE!
With a combination of experience, knowledge and creativity we made a mix that brakes the kidney stones! ;-)
Our music is a mixture of our similarities but even more our differences which make the music what it is. Our
music is Influenced and inspired by many great rock bands of the past and present, however, we believe that
Clone Age’s sound is wholly new and original.
As one of the rare true Croatian alternative rock bands we nurture new expression and original sound. Our hard
drive riffs and powerful vocals make rock live on!