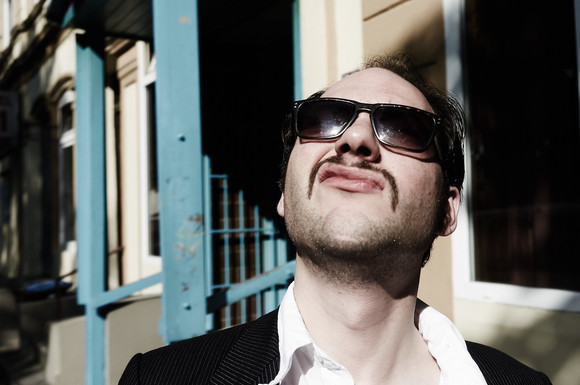 Clark Nova's „LoFiBlues“ is grippingly merging odd sounds of analogue instruments with aged amplifiers with the steadily driving pulse of the Blues.

His strangely nice songs pick up the listener and take them for a journey back to earlier times, wilfully citing the traditional blues, folk, and country music.

When Clark Nova entered the Kreuzberg music scene in the year 2000 his self released home recordings already had become an insider's tip. And so Clark rearranged his songs to be put on stage with his old red jazz guitar. Since then Clark has been touring regularly both with bands as solo.

Clark has been venturing Europe during the last years: Numerous mutual tours and concerts with international Artist such as Nikki Sudden, Grae J. Wall (both UK), Mäkkelä (FIN), Laura Bean (US), Tomi Simatupang (Indonesia) or Roman Wreden (DE) have made him an experienced and gripping performer who entertains and inspires his audience on stage with Storytelling and Songs.