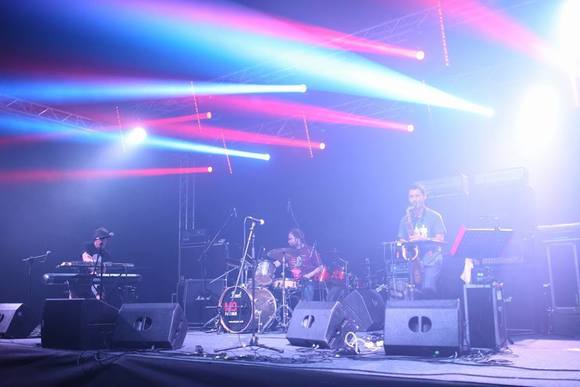 hui are an up-and-coming young trio from Croatia who have developed their own rather unique take on jazz.

Their potent blend of dance club rythms, jazz vocabulary, turbo-charged jazz/rock fusion and an uncompromising commitment to groove permeates their first album from start to finish and has them firmly entrenched as a mainstay on the Central European music scene. At the end of 2013 their second effort was released by Dancing Bear Records to widespread critical acclaim and even greater enthusiasm from their dedicated fanbase. Third album called “Third Sun From The Stone” was released by the end of 2015. and voted the best Croatian album of 2015. Their all-star line-up brings together three of the top cats on the Croatian scene: Toni Starešinić – keyboards & electonica, Vojkan Jocić – sax & electronica , Janko Novoselić – drums.