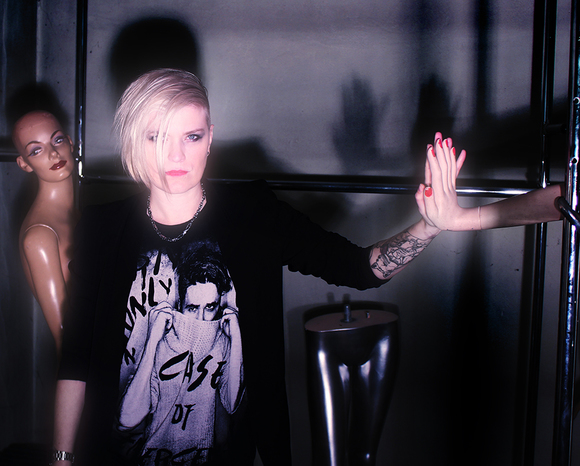 Although this DJ/producer’s heart is beating for minimal, she can also easily drop in a 90s pop song into her sets, and it’s these kinds of exotic, unexpected sounds that merge with bouncy techno and deep house (and all permutations in between) that create an eclectic, yet unified, style.

CHROMA’s heart has followed an electronic pulse for quite some time now, having discovered her passion for this kind of music in the mid 90s. She finally dared to step behind the decks herself in 2001, DJing and developing the local scene by organizing parties at OXYT MUSIKCLUB in Lutherstadt, Wittenberg. It was only a matter of time, then, that CHROMA would move to the world capitol of techno: Berlin. With her technical prowess behind the turntables, her well-chosen track selection and her ability to entertain the crowd on a personal level, CHROMA quickly established a name for herself amongst the city’s DJ community.

In teaming up with INEXCESS, she finally found the perfect partner in crime to start producing original tunes. Following several releases on the respected Berlin label STIL VOR TALENT (including the minimal floor-filler “Snort my Violin”), CHROMA teamed up with MIRO PAJIC for the track “Crack Line” issued on TIC TAC TOE RECORDS. Currently, CHROMA has locked herself in the studio to focus on her solo project.

Aside from her standout DJ sets and productions, CHROMA contributes to Berlin’s vibrant party scene, promoting the EINMAL DISCO BITTE! series, which takes place two to three times a year at popular locations such as ARENA CLUB and KATER HOLZIG. Other events that CHROMA has organized include UN POQUITO LIPSTICK as well as UN POQUITO SLEEPLESS, the name reflecting her restless attitude and endless ambitions…