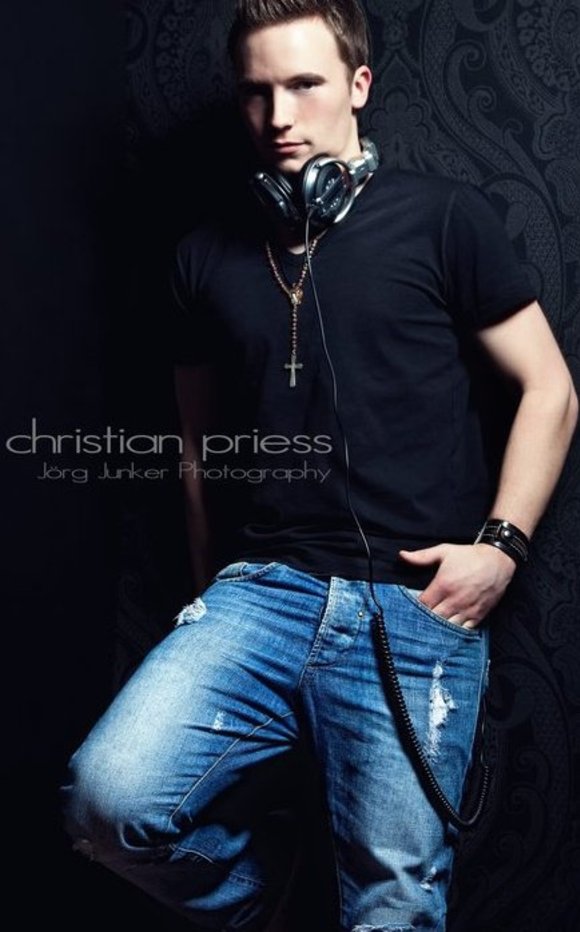 Born in the end of the 80’s and involved in the electronic scene since the late 90’s.

Christian Priess – at home in the Ruhr and on stage – has been active as a Dj for over 13 years.

Christian Priess – at home in the Ruhr and on stage – has been active as a Dj for over 13 years. He celebrated his first success with only 15 years, when he won a native instruments Dj contest in Berlin – as youngest participant of all times. Driven by his motivation for more success he won further regional contests and his hard work paid off. With performances in Poland, the Netherlands, Ibiza, Austria, Portugal, Belgium and Germany he gained international experience. Christian Prieß (civil name) / Christian Priess (pseudonym) performed together with headliners such as Marc Houle, Gregor Tresher, Pan Pot and many more. But Christian Priess is not only active behind the turn tables he also gathered some experience in the studio. As a producer of several releases he has already developed a reputation. He has produced various techno, hip hop und dance tracks under three other pseudonyms and has worked together with artists from Los Angeles, Berlin, Milan and London. With a mixture of house, deep house and tech house and with a combination of Dj act and live act he is up to date and is well represented for today’s times.