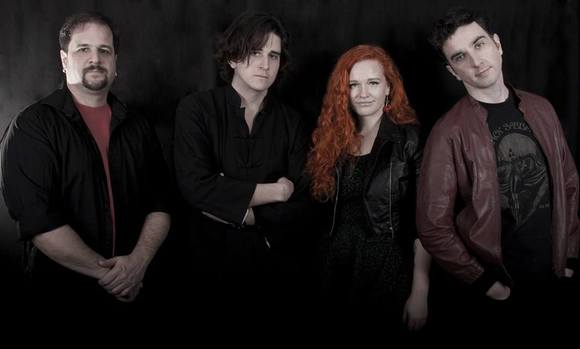 Cherry White are a highly improbably combination: A drum tutor who had travelled through the Americas and Europe and never settled with any one band. A struggling actor who dismissed his song writing as "just a hobby" until a friend persuaded him otherwise. A disillusioned scientist who had realised he was better with a bass guitar than with a computer. The only common ground they had was a love of classic rock and blues.

All that was needed now was a vocalist to express these influences. Step forward charismatic frontwoman Donata Sounds, a former Lithuanian pop sensation who not only restored but also strengthened their sound. Now Cherry White truly are, as they have always said, "the elegant sound of contemporary classic rock, steeped in a barrel of blues."

Anybody keeping their ear to the ground in London will have heard the first rumblings of blues-rock making a comeback. If Cherry White have their say, this will not just be a blues-rock revival: it will be the Blues-Rock Revolution.