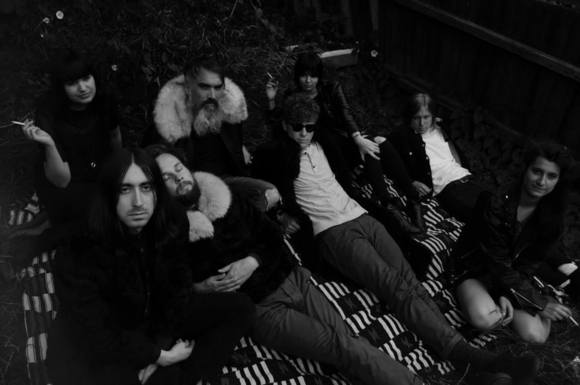 Comprised of Charles Howl & Bobby Voltaire (both of The Proper Ornaments) they chose to record at Syke Lane's warehouse studio on the outskirts of Leeds utilizing the foggy, remote atmosphere provided by Dewsbury's surroundings. Locked away in the remote warehouse studio Howl honed his song-writing skills, barely leaving the quarters of Voltaire’s sanctuary, where they produced the album on their own. Though Howl and Voltaire worked mostly alone, a team of friends, including Chris Hicks (Talons) on bass and Wesley Patrick Gonzalez (Let’s Wrestle), who plays lead guitar on track 5, made forms of contribution giving the record its final touch.

Charles Howl’s release with Ample Play is as familiar as it is foreign: As one of the last children of the ‘80s and with a brit pop upbringing it’s no wonder Charles Howl has produced an album that sounds like The Modern Lovers channeling The Stone Roses while maintaining its contemporary charm.

Although drawing from a similar arsenal of influences, ‘Sir Vices’ takes a confident step forward from Howl’s previous output by shunning away from simple distortion and instead refining and sharpening his song-writing while upping the pop. The collection of songs on the debut album are both introspective and outward looking with tight rhythms tying down whirling guitars and lustrous textures bouncing of melodies.

The band have already shared stages with the likes of Let’s Wrestle, Younghusband, Toy and Fidlar and are set to head out on a run of European dates.