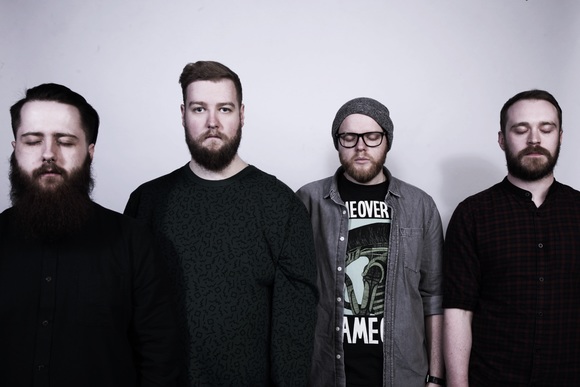 Campfires In Winter are a Glasgow-­‐based, alternative, indie-­rock four-­piece from Croy with a reputation for delivering powerful, emotional and atmospheric live performances.

With intricate passages of post-­rock guitar elevated by wonderful vocal harmonies, a tightly driven rhythm section and all sewn together by alluring dream-‐like piano pieces, the band have become known for their ability to create a sound that is both experimental and accessible.

Consisting of Robert Canavan (lead vocals, lead guitar), Scott McArthur (keyboard, vocals, guitar, brass), Wullie Crainey (bass guitar, vocals) and Ewan Denny (drums, percussion), Campfires In Winter have built up a strong following with support from the likes of Steve Lamacq and Vic Galloway since the release of their debut single, White Lights, back in March 2013.

Never ones to rush things, the band, who originally formed in 2010, have steadily developed and honed their unique post-­‐rock pop sound. After holing themselves up in the studio for the best part of a year, Campfires In Winter are set to make a return in 2017 with a brand new live set and a whole bunch of new songs and releases. Their debut album Ischaemia, mixed by Andy Bush (The Twilight Sad, We Were Promised Jetpacks, De Rosa), received Creative Scotland funding and will be released on 24th February 2017.