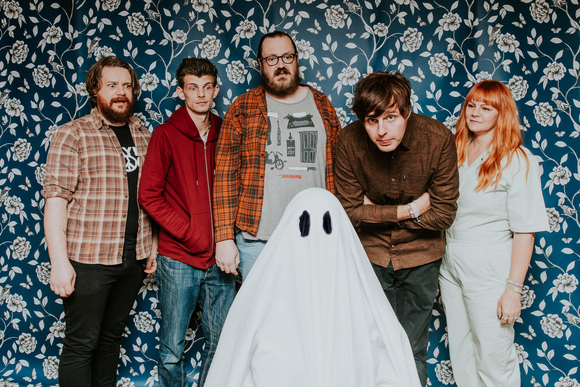 Over their short time together the band has received some well-deserved recognition from some influential names in the UK music scene. Their 2017 single, Nothing Nowhere Never Now was featured on the end of year round ups of Adam Walton (BBC Wales), Rock Current (podcast) and Drunk on Music (Blog). The follow up Wellbeing EP included two singles selected for the A-list by BBC Radio Wales resulting in continued airplay, a live session with Janice Long and further BBC 6 music plays.

More recently Campfire Social have made some momentous steps, performing on a cruise ship sailing the Mediterranean sea for Belle & Sebastian’s festival ‘The Boaty Weekender’ alongside some all-time heroes, then hopping straight back on the bus to embark on their first German tour. With some exciting things now postponed due to Covid, including SXSW 2020, the band are currently recording new material.