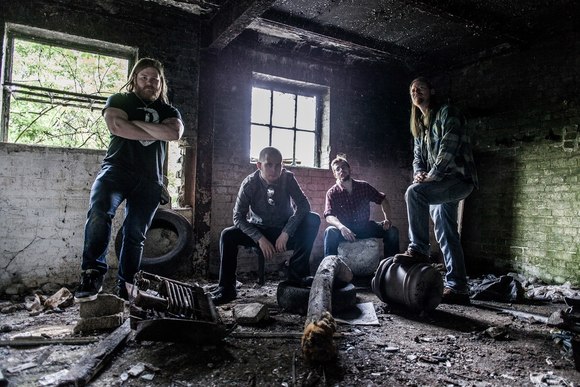 The groups formation came about in late 2015 as a result of Waddingam (Kyrbgrinder) enlisting the help of O’Carroll and created a short EP. A vocalist was soon found in the form of Grant (Deadly Circus Fire) who in turn pointed the band in the direction of Martinez (Death Remains). With various metal dominating the band’s healthy variety of influences, Callous Caligula strive to deliver down to earth, hard hitting music that incorporates complex writing styles with straight forward delivery.

Their goal is simple: to put on the kind of live entertainment that leave you craving more. Delivering it all without gimmick, Callous Caligula have already started to see payoff through their growing fan base who have expressed an instant connection to the band as they are as genuine off stage as they are on it. Together, the band have written a five song self-titled EP which they are gigging both locally and on the road around the UK. Boasting a mixture of seasoned musicians and fresh blood, the band has been able to approach live performances with the kind of professional attitude and passion needed to entertain an audience and leave a positive impact wherever they play. Callous Caligula are moving from strength to strength and are just getting started. Eager to earn their place in the industry and prove themselves, this fresh young talent will not disappoint as they strive towards success.