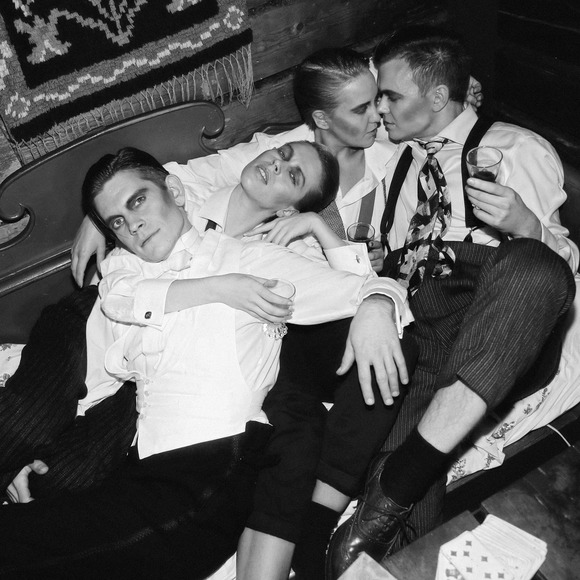 Imagine Tom Waits and Edith Piaf dancing tango in a Weimar-era cabaret, and you have an idea of what the music of Café de Abejas is all about: Drama, dreams and decadence.

A Finnish band with a Spanish name, making new cabaret pop in English and French – a tasty brew and a dandy band! Café de Abejas was founded by Laura Reunanen (vocals) and J. W. Ralli (guitar, vocals) in 2010. They are the songwriter couple in the heart of Café de Abejas, now often joined onstage by Ilari Launonen (percussions) and Saara Viika (cello). Livegraphy released Café de Abejas’s debut album Mascot Moth in February 2013. Their second album, Is This Casablanca? was released in February 2015.

Café de Abejas has gathered appraising reviews for their uncompromising artistry and sophisticated songwriting, as well as engaging and enchanting live performances. Their music reflects cabaret and chanson made between the two World Wars, but also brings to mind songwriters like Tom Waits, Leonard Cohen and Nick Cave. Their lyrics echo English poetry from Lord Byron to Dorothy Parker, and the stories they tell are often witty, always decadent but seldom happy: Women drink Sazerac for breakfast (and for tea), men never come home from wars and one man’s sweetheart is another man’s whore.

An interesting cross between Hollywood glamour, chanson vulnerability and silent-film madness, their live performances are romantic, passionate and theatrical, with the whole band dressed up in quaint vintage styles. One listener described their show: “It’s rather like being immersed in absinthe.”