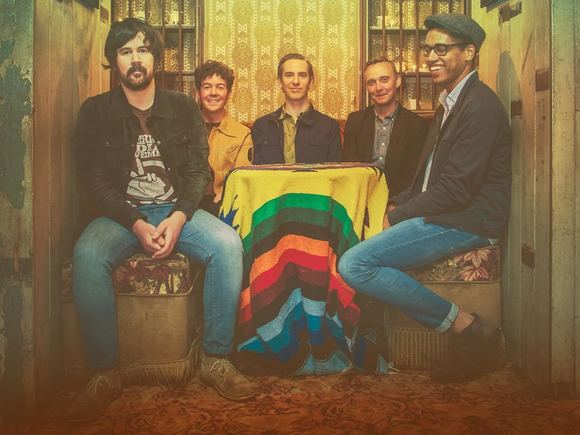 Buffalo Sunn are a band from Dublin, Ireland.

They incorporate sounds from the 60’s right up to the present day, mixing big reverb-laden harmonies with carefully placed guitars to take the listener on an epic journey through their songs. They are currently hard at work on the follow up to their 2014 debut, By The Ocean By The Sea, which they will begin recording with Grammy-winning producer Joe Chiccarelli in Los Angeles in early 2016.

For all the latest news go to www.buffalosunn.com

“A strong, intuitive sense of West Coast US music” – **** The Irish Times

“Accessible and warm, ‘By The Ocean, By The Sea’ is the first step in a what will surely be a bright career for Buffalo Sunn” – GoldenPlec

“A beautiful and atmospheric vibe that is sure to deliver.” – Festival And Gig Guide

Buffalo Sunn have also gained a reputation for being a formidable live band, noted for their three part vocal harmonies, with inventive guitar and percussion. Channeling that West Coast sound 'like a punked up Crosby Stills and Nash' (as one Asian journalist noted), they mix melody and guitar attack with superb effect, with songwriter, guitarist and vocalist Daniel Paxton masterminding the band’s sound superbly. They have brought their acclaimed live show to the US, Germany and Singapore, including the internationally renowned festivals SXSW, CMJ, Music Matters, Oxegen, and Electric Picnic.

For all enquires and bookings please contact:
Elvera Butler - elvera@reekus.com