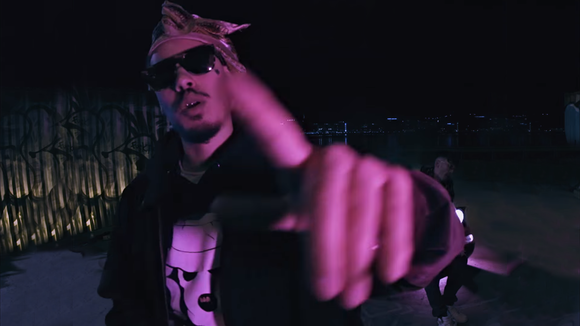 Bud Stankz released his first musical piece in 2017. Been touring around Sweden ever since, with Sweden’s most controversial artist Frej Larsson.

He is heavily influenced by southern artist like Gucci Mane, Young Jeezy and Lil Wayne. Bud Stankz used to play basketball in his earlier years, before and after juvenile prison. During that time, he used to spend his summers in North Carolina. Where he first got introduced to such artists like Gucci Mane.

Bud Stankz has made a name for himself for his energetic live performances. His performances can sometimes be mind blowing and make your jaw drop. He has been touring all over Sweden with Pizzaslize Records. He opened up for Zara Larsson with his team on her only show in Sweden.