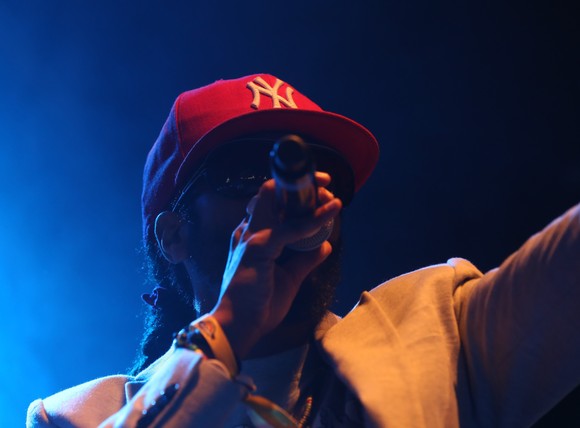 As a speed-rapping pioneer me "Briggy" was the featured toaster of the Jah Love sound system run by a Kingston uptown Rasta organization called the Twelve Tribes, and which counted Bob Marley among its membership.

My raps and toasts are invariably cultural, not slack (bawdy), and we rule the mid-'80s DJ clashes in Jamaica.

"Brigadier Jerry is a true icon in the reggae music business. I personally have watched him perform on stage on numerous occasions, where he would DJ for more than 8 hours non-stop chanting pure 'roots & culture' lyrics, never repeating the same lyrics twice. He´s phenomenal! To date, no other artist have topped what he has done. Hats off to the 'The Teacher of Dancehall'." says Donovan Campbell in the Daily Post.
Born Robert Russel in Kingston, Jamaica in 1957, Briggy or "The Teacher" as he is affectionately known, began his show business career in his teens as a stand-up comedian. However, he soon moved on to work on soundsystems, starting out with Emperor Marcus in his neighborhood in the early 70´s and then on to the legendary Jah Love Muzik system, a sound-system then run by the Twelve Tribes of Israel. He became wildly popular as bootleg cassettes of his shows began to circulate. This was the dawn of the dancehall era and Briggy elevated the standards for speed and fluidity in the DJ chatting technique. Despite his influential melodic toasting style, he was barely recorded until 1982. It was then he released a new version of the Slim Smith "Never Let Go" rythm retitled "Pain" on the small Jywanza label. It exploded the top of the Jamaican charts and was followed by other singles over the next couple of years, including "Gwaan A School", "Horse A Gallop", "Warn Dem" and the 1984 hit "Jamaica, Jamaica". Brigadier Jerry over the years then was a solid part of the King Sturgav HiFi Sound-system, owned by the legendary URoy, where he elevated his style of Roots- and DJ Toasting alongside Charlie Chaplin and Josey Wales. Over the years Briggy released a huge amount of big tunes, albums and has also been acknowledged as a mentor for the careers of Sister Carol, Shine Head, Tiger, Sister Nancy and even Shabba Ranks.