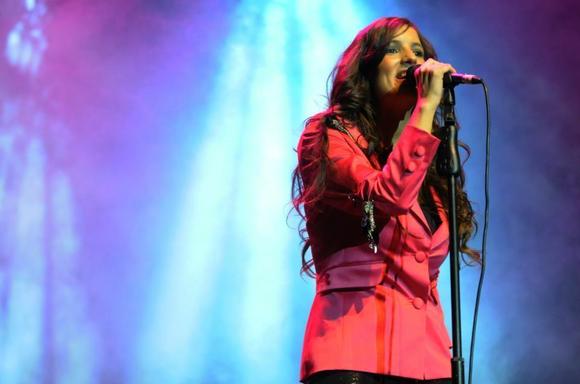 As most of the bands, they started playing cover songs at private parties and other venues, until they decided they needed to start a path of their own; a more creative and authentic identity that would attract the masses.

Their first Long lenght album was released in June 2010, thanks to the collaboration of more than 200 people from all around the World. Before this they had already release a 5- song EP called "Showtime".

"Run n` Go", single of their first album "BONNIE" was featured on Radio Disney for 6 months, being one of the most in- demand songs at that time.

In September 2011, Bonnie presented "The Bonnie Live Project" where they played all the songs from their just released album "BONNIE". With more than 30 musicians on stage, "The Bonnie Live Project" received excellent critics from both the audience and music reviewers. This amazing show was enjoyed by more than 700 people, and was the perfect setting to shoot the first live DVD of the band.

It wasnt until 2014 that BONNIE decided to record their second album called "Heart & Soul", consisting in 7 original pop rock songs recorded and produced in Buenos Aires, Argentina.
Released in July 2015, Heart & Soul promises to be one of the most authentic and creative product Bonnie has produced until now...

8 years of a music journey that has defined Bonnie as a band that looks after perfection in every song, melody and performance. With a discography that includes one EP, one Single, two Albums, and One Live DVD, we can say that this band has accomplish more than everyting they could have imagined in their beginnings.

And, believe me, there is much more to come...