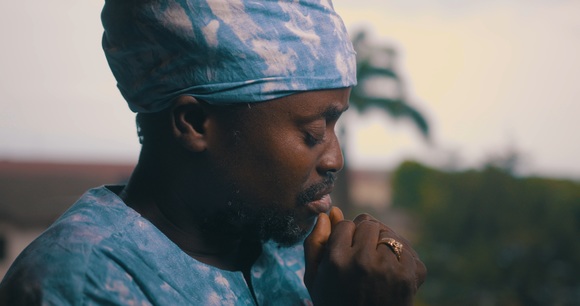 This young man is not your typical reggae artist...He writes as he sees and feels about things going on in the world around him

Black Prophet’s music is different ...it’s a mixture of African Traditional percussion blended with elements of Jamaican Reggae and a hint of Rock....

He has been influenced by the music of his time growing up in Ghana and some songs are sung in African Dialects Twee and Ga.

His Band... The Loyalty Band is drawn from all corners of the world...Indonesia, Germany, Ghana, Holland giving Black Prophet’s music a World Music vibe.
Sounding sweet with deep meanings for all music lovers he is an artist that should be heard.
Black Prophet sees music as a spiritual tool to educate and elevate all who listen.

Growing up on the streets of Accra, Ghana, Prophet had a poverty-stricken childhood. Music was the only way to escape the tough life on the streets. At the early age of seven he performed for the first time in public with his first band. At fifteen he started as the front man of the Ghanaian Reggae Band Vibration Boys which later became the Vibration Kings.

Black Prophet has played in over 30 countries, appearing in festivals, nightclubs in countries as diverse as Sweden, Germany, Jamaica and the UK.
He released his debut solo album ‘No Pain No Gain’ in February 1998 a mixture Reggae and African Hip Hop tracks. In 2003, the singer and songwriter made his first tour of Europe where he performed at various festivals in the Netherlands and Belgium.

In 2006 he released the Album ‘Legal Stranger’ which contains hits like ‘Mama Africa’, ‘Tell Me Why’ the and ‘Doubting Me’ which was nominated ‘Best reggae Song of the Year’ at the Ghana National Music Award 2006

2008, His third album “Prophecy” was released which was a compilation of powerful songs such as “No Pain No Gain”, “Give Me Back All the Natural Resources” and the hit tune “Hot and Cold” featuring the British – Ghanaian Rapper Sway.
During his latest European tour with the Jamaican Artist Turbulence in February 2012 the conscious Reggae musician showcased his newest album “Tribulations” which offers a unique fusion of African and Jamaican Reggae elements and hip – hop beats.
This album also features the great Jamaican Reggae artist Capleton, the Nigerian Artist 2face and Ghanaian Artists Tinny and Asem on the single “Good Feeling” produced by the world-renowned producer Dean Fraser. This collaboration was recorded during Black Prophet’s first visit to Kingston, Jamaica in 2010.

Black Prophet has meanwhile set up a fan base reaching far outside his motherland Ghana. His songs get airplay all over the world and he has worked and shared stages with various international producers and artists such as Mikal Asher (Morgan Heritage), Alpha Blondy, the late Lucky Dube, Beenieman, Busy Signal, Sizzla, Taurus Riley, Capleton, Steel Pulse, Israel Vibration, Fantah Mojah and Rita Marley.
As Black Prophet’s reputation grew across continental Europe, he has been constantly invited to play at various shows and festivals, such as the Oland Roots festival (Sweden), Rottotom Sunsplash Festival (Spain), Reggae Geel Festival (Belgium) and the Rastaplas Festival (Netherlands).
In 2010 the gifted reggae artist won the Benelux – Final of the European Reggae Contest.
In 2014 Black Prophet supported the great Capleton on his Europe Tour in Rotterdam, sharing stages with Jah Cure, Anthony B, Kenyatta Culture at Reggae Fever concert in Amsterdam, Holland.
2015 was a busy year for Black Prophet. He spent time in Jamaica with his mentor Dean Fraser recording his new album ‘Stories of Life’ which features collaborations with Taurus Riley and Duane Stephenson.
In May, Black Prophet signed a deal with VP Records distribution company VPAL MUSIC to exclusively release Black Prophet Music under the label Prophetic Music Productions which will establish this multi-talented singer/songwriter in his rightful place at the forefront of conscious Reggae music
Prophet also performed at the largest music festival in Germany, Chiemsee Summer Music Festival 2015 in August alongside some great Reggae acts such as Etana and the legendary Bunny Wailer. He then returned to the UK in October for Black History Month celebrations to support Leroy Smart at the world famous music venue ‘Hootananny’.