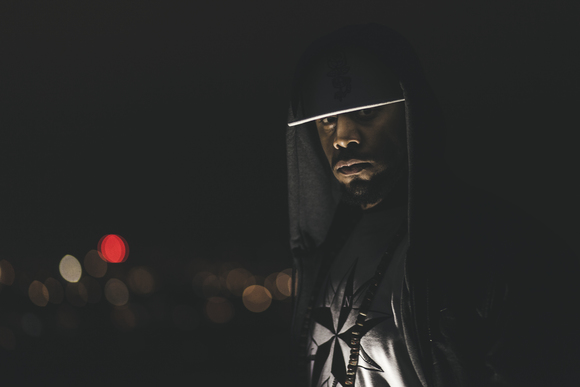 Together they have created a highly energetic live show with equal parts Hiphop, Rap and rave. He call’s it “HIPHOP ON STEROIDS”.

Besides Black Daniels solo career he is also Scandinavia's leading MC and hype man within the
bass genres. He has especially made his name on the Drum & Bass scene performing alongside and MCing for numerous international names.

Furthermore Black Daniels performs with his live band consisting of the internationally recognised D&B drummer A nders Meinhardt, his producer, DJ and percussionist S hield, who just released an EP on the hyped London based D&B label 2 0/20 LDN (Ivy Lab) and the female rapper and labelmate Alvarado , who released her debut EP “Venusian" April 2016 a true Hip Hop gem.