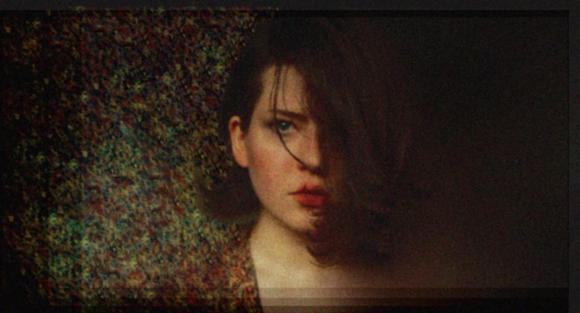 She creates a music elixir based on shoegazy ghosts and drone labyrinths. Her first full LP was released on Fabrika Records and contains some older songs blended with new ethereal stories. The fact that she is from Kiev, affects her music, adding endless landscapes of grey, tradition blended with New Modern Ways and intriguing mythology. There is something mystical about Blablarism's music.It sometimes appears as common as an old shoegaze record you have played one millions times on your teenage room, then suddenly turns to a cold wave anthem with incomprehensible almost pagan vocals and gloomy, fustian synths.

Blablarism can also be described as experimental electronica, although the synthesis is somehow wisely structured and moderated with caution.The stories on this album are all like a personal diary written, not with words but with noises. And this private pieces of her are accompanied with romantic visuals and associative aesthetics in order to guide you into her heart. If you are searching for pureness and crystal clear sensitivity in an artist, then you will love this record. Dark electronica with reverberating guitars, gloomy synthetic sounds and blackened bass themes.

If you like fuzzy witch-house and lo-fi chillwave, then you have to discover this new artist from Kiev (Ukraine): Oksana Zmorovich. She's only 20 years old and after performing as drummer in the band Oriental, she decided to go solo under the strange moniker "blablarism". Her music is a combination of baroque analog synth sounds with a drone bass and haunting vocals. A sort of crossover between Chelsea Wolfe and The Soft Moon. Mysterious, fascinating and beautiful.http://ww w.peek-a-boo-magazine.be/en/interviews/blablarism/

Drawn from a darkened kaleidoscope of influences that recall elements of goth, post-punk, shoegaze and drone, fugue is a dense composition of plangent guitars, hypnotic bass lines, mournful synth tones and amorphous vocals that create a suitably bleak register. The unrelenting beat of caustic drums throughout ensures the pagan’s lament continues apace. http://newideals.bigcartel.com/

Oksana Zmorovytch from Kiev, Ukraine, hides behind the strange and philosophical name of Blablarism, perhaps alluding to the listeners with an idea of not caring for anything. But the true connoiseurs of post-punk understand the abundance of cheerleader photos on her tumblr and references to Buffy the Vampire Slayer sitcom series. Her music is ethereal, tainted with a slight cassette tape old schoolness and atmospheric synths avidly reflecting the generation of lost souls. But hold on, back to the music, if I were to put tags on it they would be #80s, #decadence, #gripping. Overall some freshness from Kiev is always nice, have a listen.http://designcollector.net/blablarism-saccades/

We're dealing with something odd and unnerving that lies beyond the pages of a dictionary. These imprecise noises of worry and wonder - simultaneously! - strike local listeners as very familiar. Let's begin with a couple more, rather straightforward phrases from the public at Soundcloud: "A super '80s feel. Great energy, love it!"; "I like the sound a LOT! Ghostly..." Far from Moscow