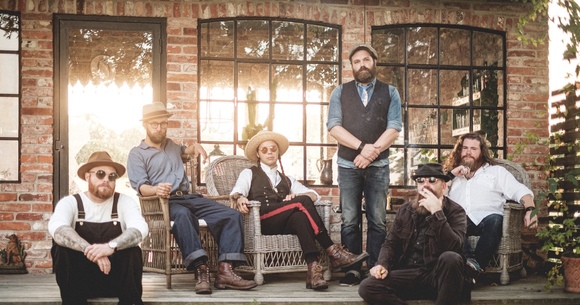 Billy Momo is a 6-piece band from Stockholm, Sweden.

We call our musical genre ”New Roots” because it has a lot of roots, though none in particular. A sort of musical gypsy, one might say. Deeply rooted, but belonging everywhere.
The music has been compared to many various artists, such as Beck, The Black Keys, Tom Waits, ABBA, the Beatles, Broken Bells or Goodie Mob.
One thing critics seem to agree on, though, is that Billy Momo has a unique sound. These are a few out of many praises:

”It´s is quite an accomplishment by it´s own right to make a pop song with banjo and accordion and give it a vague 70ies hit feel”/DN (Sweden´s main news paper), about their latest album, “Seven rivers wild” (4 out of 5)

”…every caress and twist of Drunktalk leaves the richest transfixing
experience and pleasure.”
/Ringmaster review

”…their music style is so eclectic and unusual, that we’re not quite sure how to
describe them” /Nordic music review

The band became known to the world after getting a placement in the trailer for ”Better Call Saul”, the prequel for the huge TV-series ”Breaking Bad”. With a good 35 sec placement like that, they drew some attention and the fanbase started spreading abroad.
(the trailer on youtube: https://youtu.be/9q4qzYrHVmI)
The song, ”Wishing aint no sin”, from their second album, ”Drunktalk” got radio play in Sweden and in the US.

Billy Momo are touring on and off year around, mostly around Sweden but have also played in the UK on a few occasions and in Napa Valley, US. We´ve done two supporting act tours with legendary Manfred Mann´s Earth band, playing theaters in most of Sweden´s main cities.