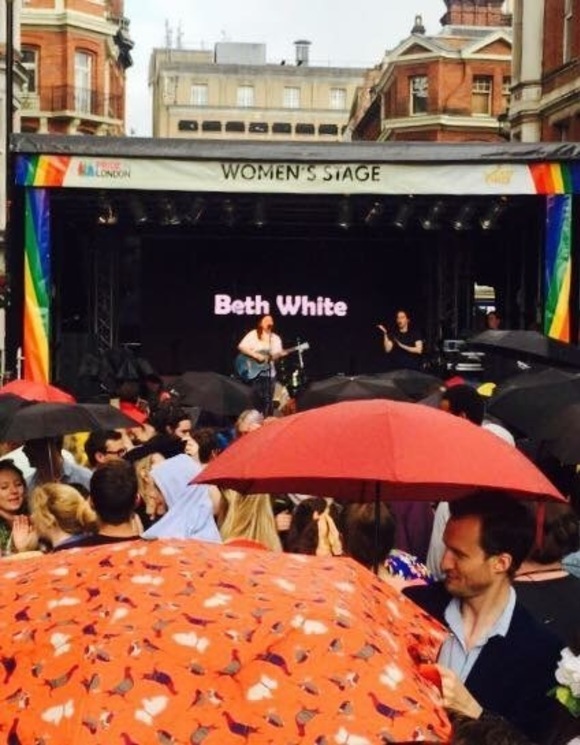 She’s been writing songs since she was 12, and started playing live at the age of 14. Since then she has enjoyed performing everywhere from local festivals to open mic nights with friends to small local music venues. While studying in Brighton, she quickly began to make her way through the live acoustic scene, playing at well-known venues such as Green Door Store, Latest Music Bar and The Font (to name a few), and occasionally popped back to London to play at venues such as Proud Camden and Water Rats in Kings Cross. Beth has totally loved every gig she’s had and is always looking forward to the next one.
Influenced by artists such as Paramore, Panic at the Disco, Fall Out Boy, and Stevie Wonder, Beth is currently adding to her 50-song strong repertoire and released her first demo EP 'Gullible Child' in January 2014 - listen and download now at: http://bethwhite.bandcamp.com

In June 2015 Beth started up 'Who Run The World': London's only known promotions company dedicated to exclusively showcasing female and female-fronted live music acts.
Who Run The World launched in August 2015 and has secured a monthly residency at Apples and Pears Bar in Brick Lane.
Find out more at: www.facebook.com/WRTWUK