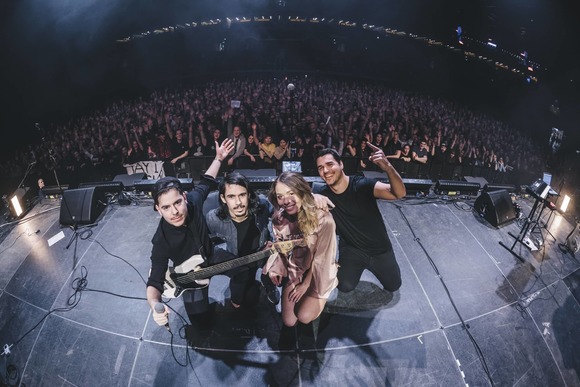 Belau is a fresh electronica duo with seaside mood.

Their first music video won the Hungarian Music Video Festival, it has more than 500.000 views. Belau's first song was used by HBO in its new series and in a commercial (played in 33 countries). Their debut album won the Hungarian Grammy Awards in the best electronic music album category. One of our track of the new remix EP was airplayed on BBC Radio 1. In two years Belau had more than 200 concerts in 23 countries around Europe. They played at the biggest festivals in the region, like Primavera, Eurosonic, Reeperbahn, Sziget, Untold, SXSW and had a soldout London show with classical musicians in December.