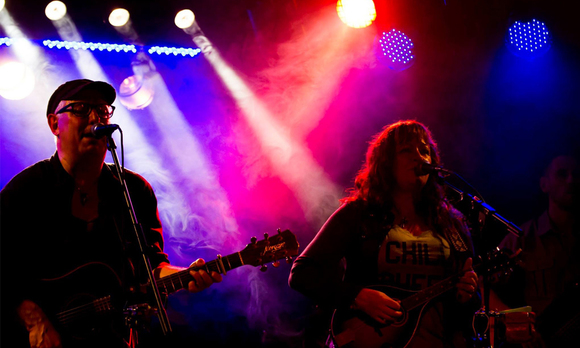 Signed to a Canadian management company Entertainment Music Group (EMG) based on the attention garnered from their song ‘Hello Newfoundland’ which held a #1 position for 8 straight weeks on the international charts due to their extended Canadian fan base.

The duo has become a frequent feature on the live stages around Sweden. Their tours have also reached into Denmark, Holland, Germany, UK and Canada.
Bara Jonson and Free were excited to perform at the official MIDEM showcase at Morrison's on June 6th, 2019. The were scheduled back in 2020 but due to the Corona outbreak it was postponed.
They were also scheduled to return to perform in Canada at CMW, Indie Week and at Live at Heart Newfoundland in 2020. The pandemic has push these forward in time.

‘Sky Is The Limit’ will be the duos third album and is expected to be released in the Spring of 2021
The album is finished and are just waiting for the right release window to open. Producer also this time is the acclaimed Amir Aly, Yla Studios
Also LA based Producer Jeff Bova will play a vital roll in this coming concept vinyl album.

Future really is the sky is the limit for this duo with a growing following and cross culture coops like the prof. dance group Cirque Arte Diem and more. A musical is also on this dynamic duos horizon.