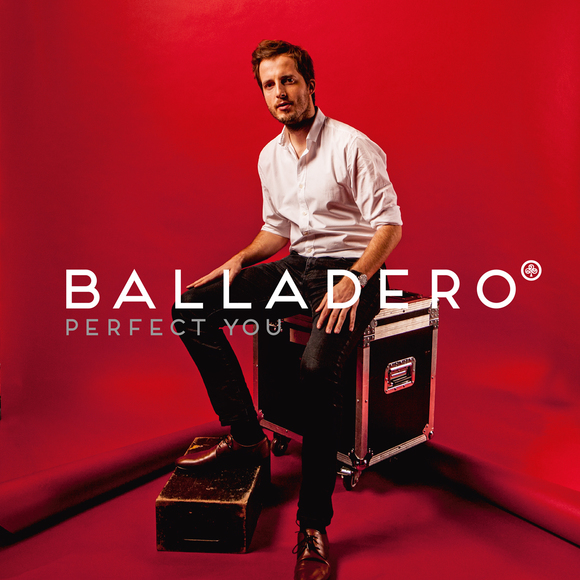 And now for something completely different!

Powerful, tasteful, groove-filled, unique and daring authentic piano songwriting, fuelled with powerful lyrics, strong voice and backed by a rocking live band. The soundscape of Balladero stretches from pristine ballads to danceable and cinematic tunes up to guitar driven anthems like the radio popular single Zlati časi. Marked by contagious pop catchiness - contrasted by intimate melancholy it is a one-of-a-kind act, full of true character.

What the PRESS says:

MMC RTV SLOVENIA
"The new Balladero is a notch more sophisticated. Integrating a lot of feeling and catchy contemporary flow with likeable character (...) giving Balladero the position of 'third in row' Slovenian craft-rocker (next to Vlado Kreslin and Magnifico)" (by Matjaž Ambrožič)

SIGIC
"This is actually the pop that Slovenian radio stations should wish for and to which all critics and listeners strive. Maybe the time of Balladero is yet to come!" (by Izak Košir )

ROCKLINE
"The new album Perfect You is a very beautiful and daring product that goes quickly to the ear and doesn't hide it's radio ambition. The door for that is open by artistic uniqueness and lots of modern melody flowing through the songs which could eventually bring Balladero a wider affinity with listeners of the old European continent." (by Aleš Podbrežnik)

With two internationally produced albums - Club Deuce (2012) and the fresh new release Perfect You (2016) Balladero has been touring extensively since 2011 in Slovenia, Germany, Austria, Switzerland and the UK! Balladero has also won MTV Adria Video Gold award (2013) for the single I Guess and was a semi-finalist of the International Songwriting and Unsigned Only competition.

The production of the new album Perfect You took place in Munich, Germany at Achtung Music Studios in collaboration with producer Uwe Bossert, also known to audiences worldwide as guitarist and songwriter of the German superstar band Reamonn. Teaming up with Balladero for this special release Bossert added his trademark sound to the album also as a guest on electric and acoustic guitars. Also joining Dominik Bagola – Balladero on piano, keyboards and vocals were Sebastian Rotard on drums (Marie & the RedCat, Sidewalkers), Hubert Steiner on bass (Thees Ullman, Carpet) and Mirna Bogdanovic on backing vocals (winner of Downbeat 2015 competition for best jazz performance - upcoming talents).