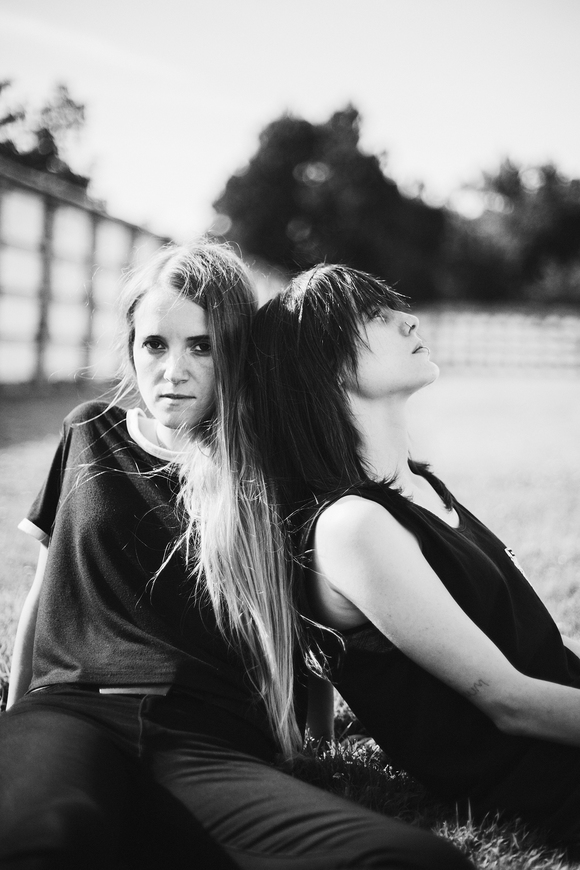 BALA​ (Spain) are Anxela and Violeta, a guitar and drums duet with a very personal style.

Their sound reminds the intense rock bands of the 90s, with a mixture of influences ranging
from grunge to punk or stoner rock and two very different voices.

BALA starts in 2014.
'Human Flesh' is released in 2015 by Matapadre Discográfica. Recorded live and mixed in Montealto Studios (A Coruña) and mastered by Maor Appelbaum (Faith No More, Sepultura,...).
It is sold out in just six months.
Their presence in music media became habitual.
They begin 2016 premiering a new video clip and playing in London and Bristol.

'Lume' is recorded in Ultramarinos Costa Brava with the great Santi García: 9 tracks that are far from their first work, this being much more intense.
With this new album, released in early March 2017, they grow up really fast and travel to play in Japan and Australia, and many places around Europe.
During the summer they play at worldwide famous festival Resurrection Fest, among others like Milhoes de Festa, Armadiña, WoodRock,...

2018 is a very important year for the band: they travel to the USA, playing 4 shows in California including Stoned & Dusted (Joshua Tree desert), and also they play at Rock al Parque in Bogotá, Colombia, the biggest outdoors festival in South America. They played at the great Reeperbahn Festival (Hamburg) too.
With many international plans and a third album coming on 2021, there’s no doubt that the
band will keep growing up during the next years.