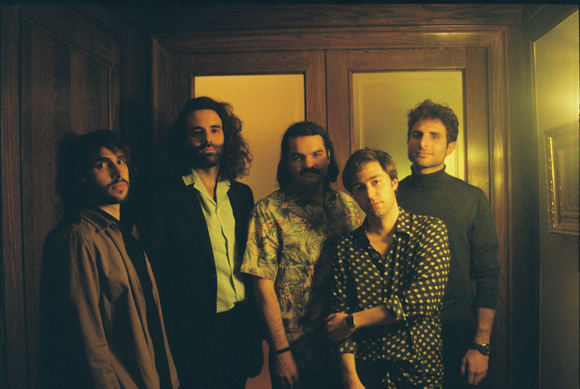 Bacon Radars is a balearic garage band composed of members from Menorca and Barcelona.

Roaring guitars possess and light their amps on fire. This deafening apparatus covers their songs in a hazy smoke, buzzed and distorted. While reminiscent of Ty Segall, Foals or Cage the Elephant, Bacon Radars have their own voice and their whirling live performances have shaken Barcelona.

After a convincing irruption provoked by a raw, electric and fresh EP and a bunch of singles during 2018 and 2019, Bacon Radars’ members Roger Abella (vocals), Guillem Laborda (lead guitar), Lluís Gelabert (rhythm guitar), Marc Fisa (bass) and Santi Arderiu (drums) drop in the rock scene releasing a solid debut LP (Keep the Lights Off, 2021) that is guarantee enough to conquer large stages.

Bacon Radars’ balearic garage becomes clear from the first two singles that preceded the debut album release. ‘Troublemaker’, a bullet of direct rock and sticky melodies that talks about the new relationship trends that defy classical monogamy (open relationships, polyamory…) and questions the lack of engagement; and ‘Lost in Town’, their most wild, energetic and loud version. Nevertheless, their sharpened guitars and frenetic rhythms remain in all the songs of the album, starting from ‘Nightclub Lights’ to the powerful and out of control ‘Preoccupations’, going through ‘Fade Away’ or the more melodic ‘Walking Out’. Summarizing: a great and solid album with the final emotive touch of ‘A Thousand Million Copies’.