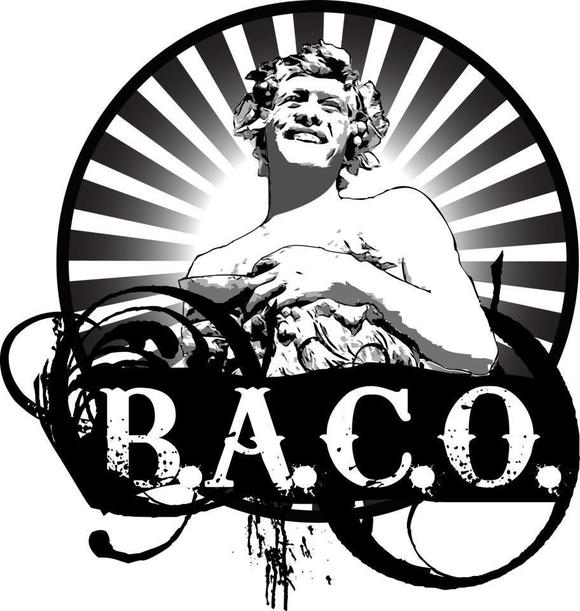 Wishing to make rock happen, Het, Vítor, Mosca and Marco get together in April 2011 and iniciate a journey of uncertain destination but defined course.

“
B. A. C. O. (portuguese for ‘Bacchus’) are characterized by an uncompromising rock, always in search of the song that stays and the foot that taps the floor. Inevitably guided by the spirit of the bohenian roman divinity, BACO (Het : bass, Vítor : vocals, Mosca : drums, Marco : guitar… and you!) have everything to make this journey a success and, above all, a pleasure!”
In August 2013, the band released their debut EP "Now You Know Us!", considered disc of the week by Via Nocturna website. B.A.C.O. were also considered Band of the Month and included in the top 1o list of 2013 records by the same site. Still in August, the band promotes the EP out of borders for the first time, in Vigo, Spain. More live performances took place within the country by the end of 2013. In 2014 the band continues the Tour promoting "Now You Know Us!", and works towards the forthcoming recording of the band's first full length album.