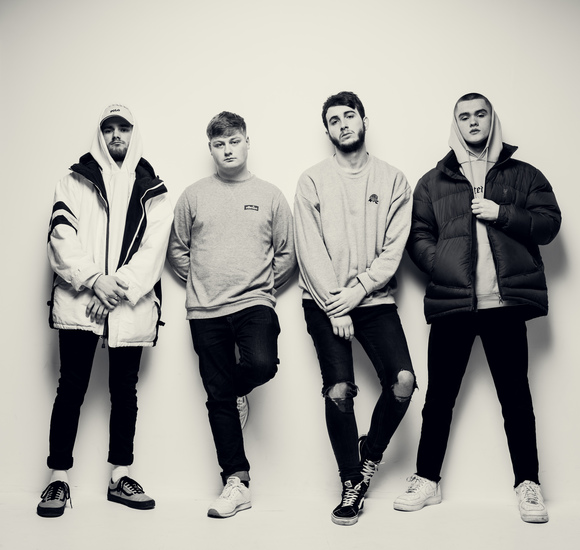 Matt (Vocals/Rhythm Guitar) met Nathan (Lead Guitar) at a house party during university, where each expressed their love for Arctic Monkeys, Foals, and Sticky Fingers.

Keen musicians themselves, they soon began forming demos in their Liverpool flat. With a distinct neo-80's sound, mixed with the contemporary indie styles they grew up with, newly formed Azura Kings began playing local venues and festivals, and have slowly cleared their own path into the local Liverpool music scene.

Meeting Bassist Alex, through audition when the position became available, and Drummer Ronan on a night out, noticing him being kicked out of the bar, and being befriended by his quick wit and talent with the sticks, the members of Azura Kings had formed.

Azura Kings have bagun to build a strong regional buzz.

“Azura Kings don’t hide around metaphors. It’s honest and real, something that is hard to come by in indie music today.” - getintothis.co.uk

‘Best of British Unsigned’ named Azura Kings as Band Of The Week shortly after the release of their self-released, self-titled debut EP in early 2016. Appearances at a number of local festivals followed. Playing regularly at venues across Liverpool.