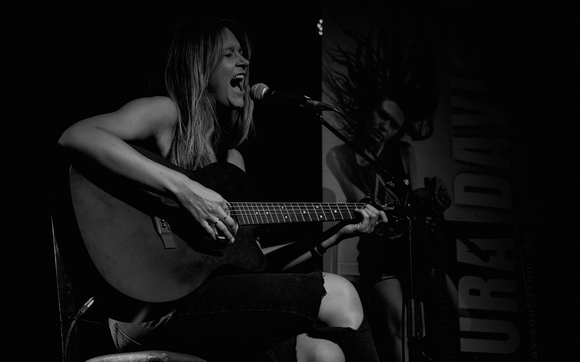 Aura Davis refers to herself as a stray soul from the birthplace of rock'n'roll.

Melancholic yet fierce, her style reflects her deep love for rock music and storytelling. She writes on acoustic or electric guitar and usually starts with pen, paper & instrument sitting on floors. Her life journey hasn’t been a normal one, with loads of heavy ups and downs. Moving out of her parents’ home by the age of 15 forced her to grow up very early. The moment she realized she could write her own story was the one that changed everything for her. She's incredibly focused and her pen sharp as a knife.

Her first few singles have been streamed over 200'000 times to date. She landed an enormous amount of praise for her ability to talk about stuff that others maybe wouldn’t and her unique, evocative, sometimes raspy yet comforting voice is often compared to legends like Stevie Nicks or Alanis Morrisette. Her highly anticipated debut record is currently in the making. She’s traveling back and forth between Zurich and London to create her fist full body of work.

Her first ever live show in the UK she booked the headliner slot right away only to be invited back for a second headlining gig just 5 weeks later. She’s now on a small UK summer/fall tour playing all kinds of venues while recording her record.