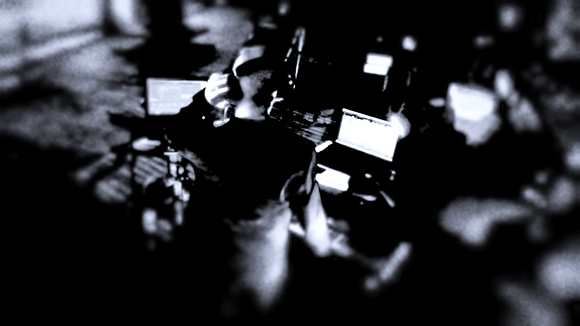 ARMENIA www.armeniamusic.it “It was like I have been out the window and come back after a long journey, taking up to play as if I had interrupted the day before.

Because everything is connected and I knew I had to experiment on myself some truth (not all) before I can give something that made sense.
I realized: I'm an infiltrate in the world of machines and electronic music. Basic a subversive. I go towards man and everything is adjusted for this purpose in various ways and paths.
I install a human virus and I go to the result. Then the machines, both software and hardware, begin to bend, to heat up and become alive. Sometimes it's surprising. Alchemical operation in my sight.
The Wise commands. In the background the Child and the Doomsayer.”

Music is for me description of Essence. It's a tool for describing and understanding through time. It's movement and stillness. Sound but silence. Electronics and computers are intended to be wonderful tools facilitators of creativity.
I'm an independent electronic musician, part of the Genoese (Italy) underground scene for many years, combining an instinctive and intuitive approach with the meticulous care of an enveloping and emotional soundscape. Serial repetition and at the same time the search for difference are two dominant stylistic figures. Attention to the perception of the world and the interpretation of Essence transpires through individual compositions. I experiment with contemporary dance and the contamination between styles and disciplines.