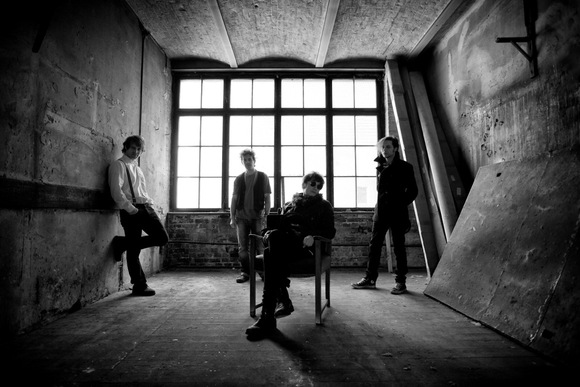 Anotherсlash is an international band made in Berlin.

The band combines ease and groove of the 60's and 70's with the up to date arrangements.

Anotherсlash gives a rocking performance while keeping a diverse and ingenious approach to recording.

The band was formed in fall 2011. Initially planned as a 5-piece guitar
band it went through number of changes during 2012. Eventually by the end
of 2012 the band reduced to four members and its sound was extended
by inclusion of psychedelic electronic devices.

International lineup reflects to some extent the eclectic spirit of Berlin -
the home-city of the band. Same spirit is also embodied in their music:
Anothercash strives to combine the ease and groove of rock music from
the 60s and 70s with the up to date arrangements. The music of Anotherclash
is based on classical rock guitar sound but impregnation of sound effects
along with the way the band arranges their songs brings a message from night clubs and indie pop culture.

The self-description goes as: 'It’s about that naive feeling of playing music
each time as if it was the first time. Perceiving music as an unexplored
territory where one needs to be ready to face both miracles and dragons
any time.'

During the 2012-2013 Anotherclash has played a number of gigs in Berlin
always having a good response from the audience.
The band is now working on the first album.