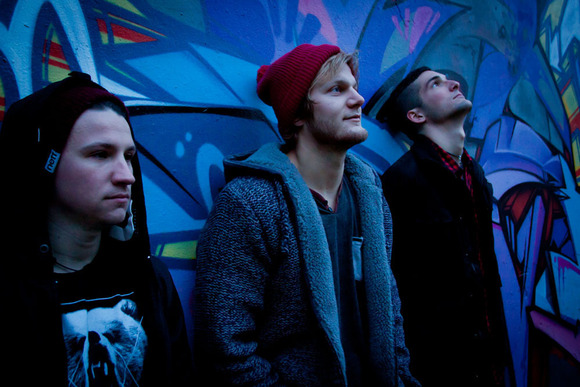 Have been playing concerts nationally on a regular basis since 2011

Put three pretty regular guys in a room together and toss in a bunch of instuments, maybe a laptop, controllers, keyboard, drums, hell, let's give them a guitar, maybe even a microphone. What would you usually get?
Rock band? A full DJ set? Someone saying: hey where's your base guitar?
Nope
In this particular case you get what we like to call Electronic Rock. Imagine a rock band mixes their set with a DJ, think of the possibilities! Comparing us to bands like Phoenix, Incubus or Bastille would still just be a comparison, but its not the same thing.
Making music is one thing, but playing a concert brings a whole new level of senses in to play. Theatrical highs and lows with powerful gestures. Pride and joy mixed with moments of unimaginable sadness. You can see that every song, every word and every single note is felt. Passers by just stop and stare.
Another Vantage Point, meaning having a different point of view. It fits. We want to leave people dancing after our shows and we rarely fail to succeed.