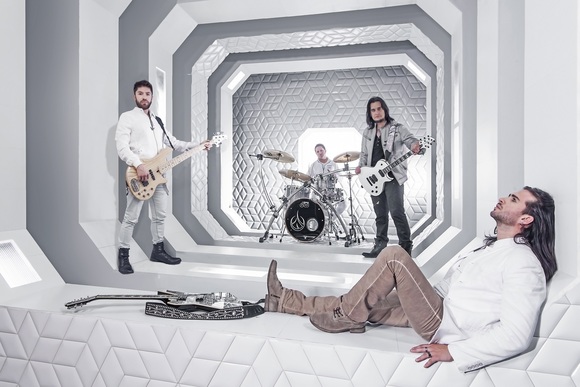 Anima Inside’s career begins at late 2006 with a big progressive rock influence that evolves into a current sound, a lot more mainstream but with an own identity, their songs describe their growth as a band fusing some of their singles with Andean and Afro elements.
Winner of multiple awards, golden record and plenty of more recognitions that have turned Anima Inside in one of the most acknowledged bands in the region.
They have visited many countries: Brazil, Colombia, Mexico and are constantly getting invited by their endorsements to the Namm Show in Los Angeles, CA; additionally Anima Inside has shared the stage with huge artists like: Ozzy Osbourne, Deep Purple and Mr. Big.
Their singles are always part of local radios’ “Top Hits”, with a very important active fan base in social media, digital download y good sales that position Anima Inside in a very attractive place for show producers and branding.
Many of their songs have been part of soundtrack in commercials and movies. Their first album was edited with EMI Music, and was a complete musical revelation for the Ecuadorian market, a success in sales the reason why they won their first golden record, they are now part of Rock On Records, regional label (based in Panama, Colombia, Ecuador, Peru) with which their international ranking gets higher everyday.