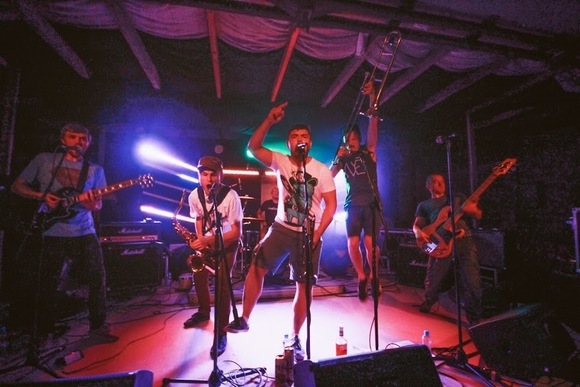 One of the most active and longest running ska bands in Latvia - All Day Long Powerful and highly addictive ska and punk cocktail – All Day Long Take one part of sunny, positive ska music, two parts of punk rock, pour in a shaker and shake well.

Decorate it with a slice of catchy melodies and a spoonful of energetic live shows as a garnish. If you have followed the recipe right, then voila – Latvia’s by far the most explosive ska/punk band All Day Long!

Birth of this dangerous substance by the name of All Day Long, has happened more than 8 years ago and, although happened to have various and many lineup changes, has survived until this day and played more than 300 shows not only in Latvia but also in Lithuania, Estonia, Poland, Finland and Russia.

The latest lineup of All Day Long has been together for almost four years now but that hasn’t stopped them to create all new songs and record the band's upcoming album, which is being released in 2014.